6 Tips for a Better Networking Experience

In this post I want to chat with you about networking and the reason why I’m choosing this topic for today’s blog post, is because last night I had the pleasure of having conversation with woman I had met through a Facebook “Women in Business” networking group.

She had noticed my intro post to the group and reached out to connect. It was interesting, this is a group for women in business to network with over 9,000 members, yet only 1 person actually attempted to set up a call to network. In fact, only one person actually welcomed me to the group by commenting on my post at all! It may seem like I’m about to roll into a rant here, but I felt this post was a necessary one after observing the behaviour of other women in the group.

You see, the description of this group (and most of the networking groups) looks a little something like this:

“Introduce yourself and tell us a bit about yourself, your business and your connection to it. We want this to be a place of genuine networking and not business ads or a classified’s section.“

Sounds great right? What I actually OBSERVED in the group, is that once someone introduces themselves, barely anyone (if anyone at all) responds. Everyone seem to only be there to push their own agenda. If you make a post asking for advice or recommendations advice on something, like seagulls fighting over a fry you’ll most likely receive 100 replies from members pitching their business to you.

Folks – this is NOT networking!

Let’s jump back to the the woman that reached out to me. It took a bit for us to connect, but we finally jumped on a call and had about 20 minutes scheduled. We ended up talking for about 40 minutes and it was a really fantastic conversation.

Now, the reason we ended having a really fantastic conversation was because when she reached out to connect with me in the group, the first thing she did was drop an image of a list of questions that she was going to go over when we got on the phone to chat.

She set her expectations of a networking call immediately and let me decide if it was something I wanted to pursue. Now we didn’t get on the phone, we ended up doing a video chat (which is even better because in this COVID-10 era that we are in, face-to-face is missing from a lot of conversations), so it was really nice to actually place a face to the voice.

The list of questions she had posted became the agenda of our meeting. She came prepared to have a meaningful conversation and not a single topic was about sales. There was no “I’m here pretending I’m interested in your business but really I just want to sell to you”. There was no “You’re probably just going to pitch to sell to me, so I’ll have my guard up”.

I think the #1 BIG mistake people make with networking is in you will go to an event or join a group to network with others and you will assume that networking means you’re there to sell something.

NETWORKING IS NOT ABOUT SELLING!

I again, I was really impressed by the fact that when she reached out, the first thing she did was post this question list of questions because it let me know that when I was gonna get on that call with her, she wasn’t going to try to sell me anything. And I’m sure she appreciated that I didn’t pitch my own business agenda to her (I’m not a salesy person if I’m getting on a call with somebody to chat BTW).

So by her posting this list and us jumping on on a call there, was an agenda to the conversation and none of it was sales. This led to a more meaningful conversation between the two of us where we actually got to know about each other’s business and about each other in general. We had the opportunity to learn how we could potentially help each other grow.

Networking should be fun, it should be getting to know other people. Again, I know in a COVID-19 era people aren’t getting the chance to have face to face group settings, so I do highly encourage checking out some of the Facebook groups to find something that is related to your business. I’m sure not all people in them are only there to pitch, my first connection wasn’t! Get out there and network with people, try to start those conversations.

Now onto 6 Tips for A Better Networking experience (in person or virtually).

Always, and I do mean always, make sure you’re on time whether it’s in person or virtually. This is the first rule for an obvious reason. PUNCTUALITY IS EVERYTHING!

If you show up late to things so that you can be “fashionably late”…  honestly what you’re saying is you don’t value the time of the person you’re scheduled to meet, or other people at that networking event. So the golden rule in life, rule #1 of networking, is BE ON TIME.

Rule #2 – Leave your phone in your pocket and on silent!

Rule #2 seems kind of obvious, I mean, we were all brought up that you should look someone in the eye when speaking to them and be fully focused on the conversation. Yet I still meet people that will check their phone constantly during dinner, or stop the conversation to respond to a text / take a call.

Leave your phone in your pocket if you’re talking to someone and it rings or you receive a text. Technology has advanced so much in recent years that we now have this wonderful thing called voice mail. It’s where the caller can leave you a voice message letting you know why they called, so you can return their call at your earliest convenience. Also, contrary to popular belief, you don’t need to respond to text or email right away, trust me, you’re phone won’t self destruct.

Not only is it rude to take a phone call or return a text when in mid conversation with someone,  you’re also saying to the person that whatever they’re speaking with you about is not important or valuable enough to hold your attention. You’re telling them your phone is more important to you than the conversation you are in the midst of.Frankly, it’s just bad manners.

If there is one thing that remains consistent in life, it’s that people will always be open to talking about themselves and sharing their story if you ask, so the best way to start a conversation while networking is to stop talking about yourself and start asking questions. Find someone who looks interesting, introduce yourself (not your business, but YOU as a person. IE. “Hi, I’m Sheila!”). Ask them things like “What brought you to this event?”, “What do you do for a living?”, “How do you feel about events like this?”. Once the conversation gets going, keep getting to know the person, ask what they like to do outside of work, ask what their biggest frustration is owning a business. Whether you admit it or not, everyone enjoys talking about themselves, their passions, and their problems, so just ask questions and be interested in the conversation.

The forth golden rule of networking (although it should be #1) is to ditch the sales pitch. For goodness sakes, just stop trying to sell to people at networking events!! Do you know why people hate attending networking events? Because they don’t want to be pitched to!! S ditch the sales conversation and start having conversations! See rule #3 above and start asking questions. Get to know the person you’re talking to. If they want to buy something from you, they will ask! They’ll say, “Hey, I’m interested in your [insert product/service] how do I get in touch with you?”

Don’t go into a networking event saying “Buy my thing, buy my thing, I’m so great, check me out”. It’s honestly the most annoying thing in the world! Tell me, do you enjoy getting those telemarketer calls during dinner asking if you’d like to have your ducts cleaned? Exactly!

It may not be entirely obvious, but something as simple as smiling helps people feel at ease. Share what you’re passionate about and let who you’re talking to take a small glimpse into your life a little bit. Tell them a relatable story about yourself that falls in line with things they’ve told you about. Share a memory. It’s all about creating a connection!

With that said, also don’t hijack the conversation. If somebody is mid sentence, wait until they’re done before jumping in. Nobody likes to be interrupted.

The final rule of networking is to get contact details of the people you meet and follow up with them! You’re at this event to make connections, so connect!! If you’re just going to have a few drinks and chat with strangers, then you’re at the wrong event, go to a bar! Remember that someone you meet there may have a service or product of value that can help your business in the future, they may have other great connection for you, and you might be able to help them! As humans, we have a moral obligation to help our fellow man, and those Karma points will be currency for your business down the road!

If you had a few meaningful conversations and you really you really think that you can help each other grow, then make it a point to follow up within a week. Any longer than a week, and you may forget, or worse, they will! I met someone at a networking event once that left me with their business card. They had written “We met at X event” across it before handing it to me. Down the road when I was looking at contact cards, this simple little “hack” triggered the memory of the entire conversation back to the front of my mind. It was BRILLIANT!

That’s it, those are the 6 Simple Tips for a Better Networking Experience. I hope you found this post helpful and if you’re wondering about the woman from the start of this post sent me, her name was Mel and you can check out her business, The Personal Professional, at her website here, or on her Facebook Page here.

PrevPrevious6 Tips To Get Better Google Reviews For Your Dental Practice
NextWant to know what the secret of Jeff Bezos, Tony Robbins and Richard Branson’s success is?Next

Meet Dr. Sahil Thakkar. Owner, founder, and principal dentist of Dickens Yard Dental, a dental practice based in West London. As a brand new business, the main goal was to increase the number of new patients to kick things off.
BOOK A CALL 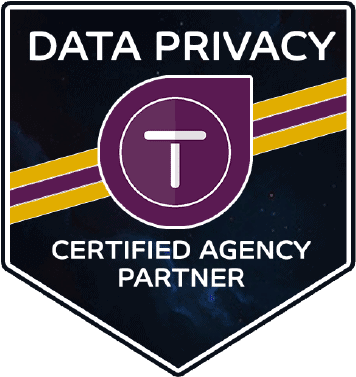